It is all about service. But don’t just take our word for it…

BP Installations Limited (BPI) have been working at St Pancras International station for HS1 Limited since 2011. In this time, BPI has been involved in numerous projects within the station and have worked as the Principal Contractor delivering electrical, mechanical and fit out works.

Working in a live 24/7 operational environment requires a good understanding of the station’s procedures. BPI’s communication between the client and various service providers within the station has been excellent. Their logistical approach and understanding of the security procedures, facilities management and the health and safety requirements have meant that any disruption to station operations has been controlled whilst projects are being carried out.

BPI have recently completed phases 1 and 2 of the new Eurostar ticket office relocation project. They were involved from the initial design stages with the HS1 and Eurostar project team providing assistance in developing the design through to construction delivery. BPI’s project team managed to deliver a successful, quality and bespoke finish within a very tight programme.HS1 would certainly work with BP Installations again on future projects.

I cannot speak highly enough of Brendan and his team. Their work ethic, attitude and professionalism were critical to the success of the Eurostar ticketing project. Working in a live operational environment 24/7 is a huge logistical challenge and they carried this out with aplomb. Crucially when things do not go to plan, they were quick to suggest solutions and rectify any issues with a minimum of fuss.

As a client, I really valued their input and ideas throughout the project; they showed great integrity and honesty in all our work with them. The quality of their work is also second to none and I feel their contribution far outweighed what I was expecting. We have been so impressed with the work they carried out that we now use the BPI team for other projects within the Terminal, as they have demonstrated that they add real value and benefit to our business at St Pancras. 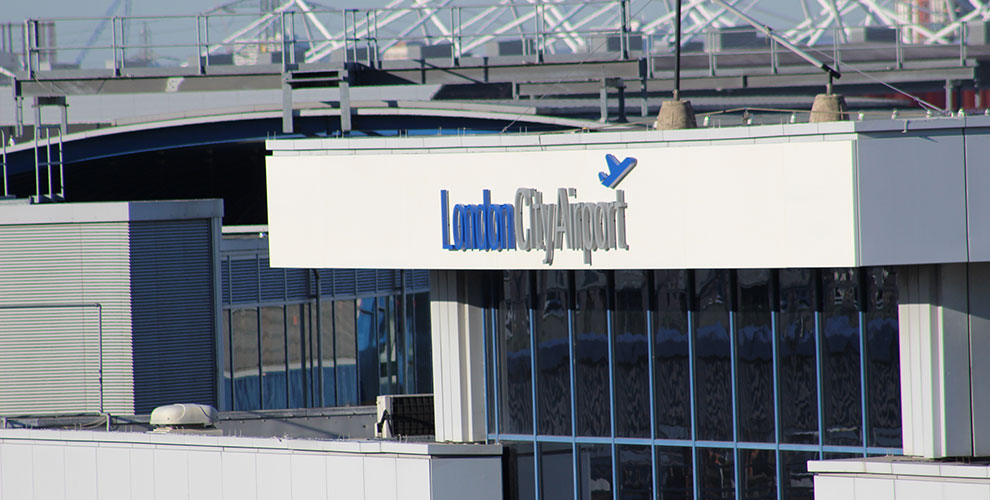 I have known BP Installations since 2007, however, they have been with London City Airport since 2005 during which time they have played a key part in maintenance and multi-disciplined project delivery.

BPI has a ‘can do’ attitude and work in collaboration with LCY as the client which ensures successful and timely delivery. This approach is driven by the company leadership who pride themselves on continually looking for ways to improve their business operation.

Based locally to the airport also strengthens their ability to support future activity and ensures a service level that is ‘above and beyond’.

BPI has built up a knowledge of the airport that now sees them play a significant part in the future LV electrical, mechanical and fit out strategy, including key elements of design and installation standards, which makes them a valuable supporting asset, now and into the future.

Over the years, BPI has delivered many and various projects, latterly acting as Principal Contractor on a £16m West Pier Improvement programme. A proven track record in managing and coordinating works in a safe manner has ensured the successful delivery of this complex project. 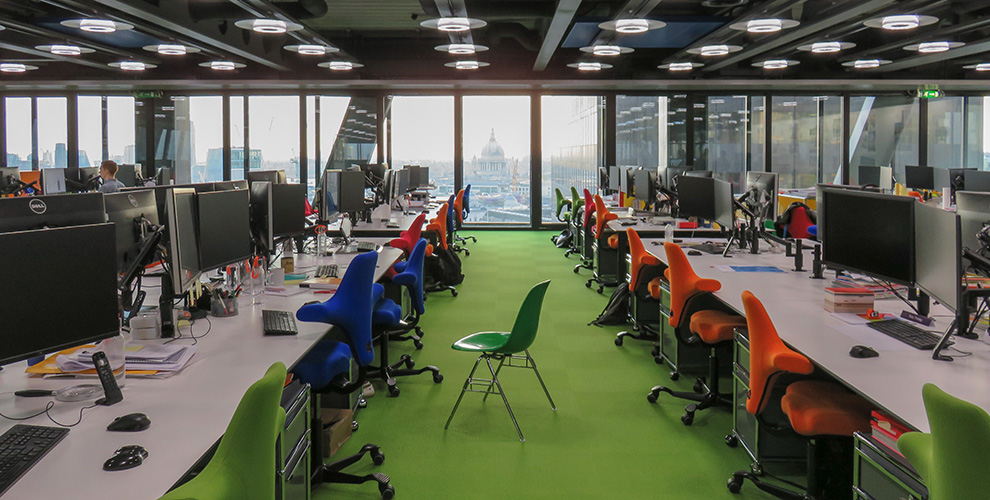 BPI performed faultlessly on our office relocation project at The Leadenhall Building. The exposed services installation over 1700m2 was carried out with diligence and verve by the BPI team and their collaboration in the final inter-service coordination phase was crucial to the success of the project. In particular, the dedication and expertise demonstrated by BPI’sProject Team was remarkable; and their calm and practical approach proved to be a significant factor in completing the project on time.

Over the Christmas period, contractors working on Level 16 of The Leadenhall Building knocked a sprinkler head during works and set it off.

This sent a large volume of water down to our floor and came very close to getting as far as our server room.Jack and Brendan were on site and quickly responded to the problem, avoiding the water getting as far as the servers and preventing significant disruption to our business.

I felt that this really was above and beyond what was expected of them and I am very grateful for them taking ownership of this.

I have no hesitation in writing a reference in support of BP Installations who have been my electrical contractor of choice for the last 8 years.   Brendan and his team have been professional and honest at all times, deliver projects on time, to budget and are actively engaged in helping me design the future power strategy for the airport.   The engagement of contractors is a concern for all businesses and one that I have had unpleasant experiences of in the past but with Brendan’s work ethic and dedication to the task at hand I am delighted to say that I have no concerns whatsoever with BP Installations.   I recommend Brendan and his team to anyone who is contemplating using them.

Finding a replacement system for the Aircraft Fixed Ground Power was proving very problematic. BP Installations were contacted to assist. They designed and implemented as far as possible ‘off the shelf’ components to replace the failing system. I was impressed with their comprehensive design and project planning.

When it came to the construction phase they created a robust plan to ensure operational impact was kept to a minimum. This was supported and followed through by the comprehensive handover that was specifically created for the project. This ensured stand availability was never compromised during the project.

A testament to the success of the project is the robustness of the installed solution with zero failures experienced since it has been in operation. 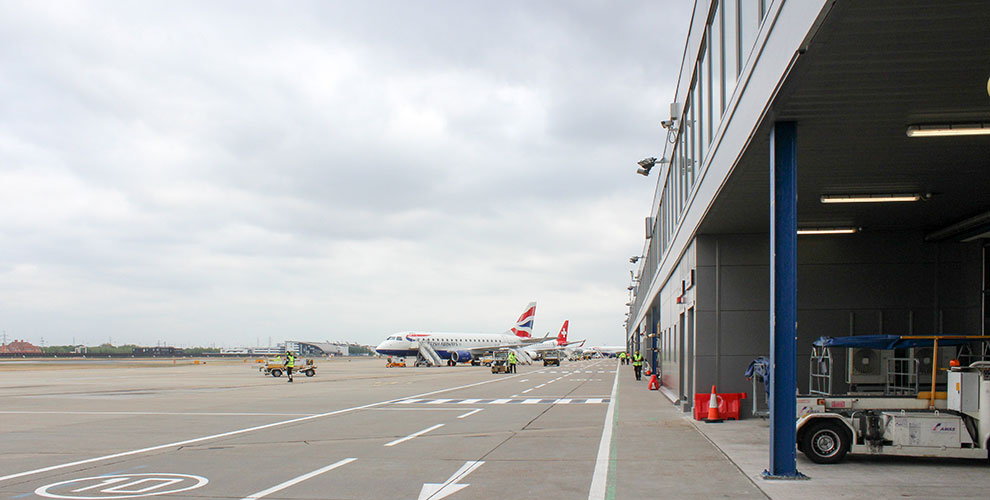 BPI was the Electrical Contractor for Phases 1 and 2 of the new and refurbished areas of the Departure Lounge at London City Airport. We were completely satisfied with the works undertaken and the professional, yet friendly, manner by which BPI, and particularly, Brendan Payne, conducted themselves. We were notably impressed with the following:

The project was completed to a very high standard within budget and on programme. We would, therefore, be very happy to work with BPI again and have no hesitation in recommending them. 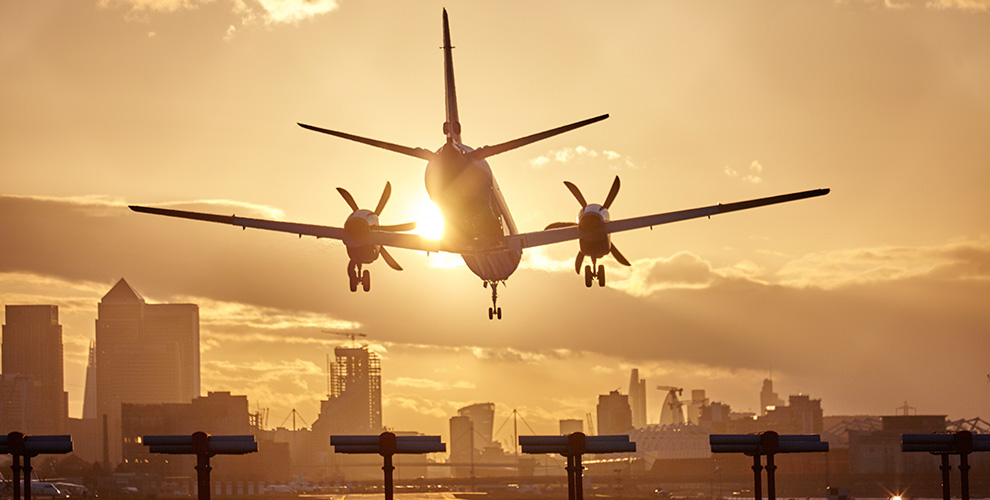 I have known Brendan and the BPI team since 2005. During this time the company has worked as main contractor on many of our major projects within the airport.Their understanding of airport operations and processes is invaluable in making sure daily operations run smoothly whilst project works are carried out.As Director Customer Experience, nothing is more important to me than the passengers’ travel experience and their safety.The BPI team’s approach is extremely professional at all times; this is also backed up by their excellent communication skills with all airport departments. This enables all parties to have input and clear sight of what is needed to keep the passenger experience at a high level whilst project works are completed.I would recommend BP installations to anyone who wishes to engage their services.

Other Feedback From London City Airport

Subject: Re: A big thank you

Thanks to all involved and to Sam for driving in the first place.

The Xmas decorations look fantastic thank you very much to all that have put themselves out to get them up.

Let’s hope the passengers notice and appreciate them.

Just to let you know all up and working old stereo taken by Ramp
BPI have shown team leader Peter from Ramp Services the functions of the system and the DAB radio, also where phones and music equipment can be plugged in.

I wanted to take the time to thank BPI for their efforts last night.

It needs to be said that Ian and I were both impressed with the works that we saw and I had expected to have produced a snag list of small remedial actions that needed to be closed out.

One damper was found without a label. That’s the end of my list.

All areas were finished to a good standard. This included damper installation, associated wiring, builders works and decorations. Future access is also not an issue.

Thank you and well done to Chris, it’s not been an easy project however he has managed the on-site works well.

Thank you for completing the works to the burger van.

The works look neat and tidy, a very good standard.

Thank you all for your efforts over the weekend, it was a seamless transition.

I’m pleased to report that the Balcony launch has been a complete success and we’ve had some positive feedback from passengers, staff and our Directors.

I just wanted to thank you and your teams for your tremendous efforts in making the Balcony transformation such as success.

Thanks for the efforts of your guys it’s very much appreciated.

Just wanted to say thank you for all your help to date, and to all the team, as they have been fab in progressing projects along.   Jet Centre has started so hopefully it will go well too.

Subject: Re: Gate 2b – Works Complete and gate handed back into operational use

Looks great Andrew, a fantastic effort and turnaround by all of the construction team.

Please be advised that following on from a very busy 105hour closure of gate 2b, the gate has now been handed over back into operation.

Hopefully all agree looks much better after 5 days hard work!

No accidents and only one minor incident with an a/c system pipe being snagged and subsequently removed.

Subject: RE: Feedback on West Pier

BPI have been a key contributor to the delivery of the West Pier, their willingness to work in collaboration with London City Airport in managing the works in a coordinated and efficient manner has led to programme recovery and greater certainty of delivery. London City Airport see a continued positive relationship with BPI beyond the West Pier in the delivery of other projects and support on the maintenance of our existing assets.

From: Alison FitzGerald Subject: Re: Feedback on West Pier

Just to say thanks all for the work you have put into this phase of the project which has culminated in getting this room operational by Sunday 5th Feb. This was a critical part of the project and Lots could have not gone to plan. It’s been challenging and I believe all involved have had to think “outside the box” a bit more than usual.

Just need to complete the rest of it now!

I hope you are well.

I just wanted to provide some feedback on BPI – since working more with Gary and Stuart.

Both have endeavoured to move our projects forwards, which have been challenging in recent times, working hard with the whole team to keep us on track.

He contributes fully at all project meetings and looks to help LCY colleagues as well as other suppliers.

His efforts are much appreciated – he is an asset to our project teams.